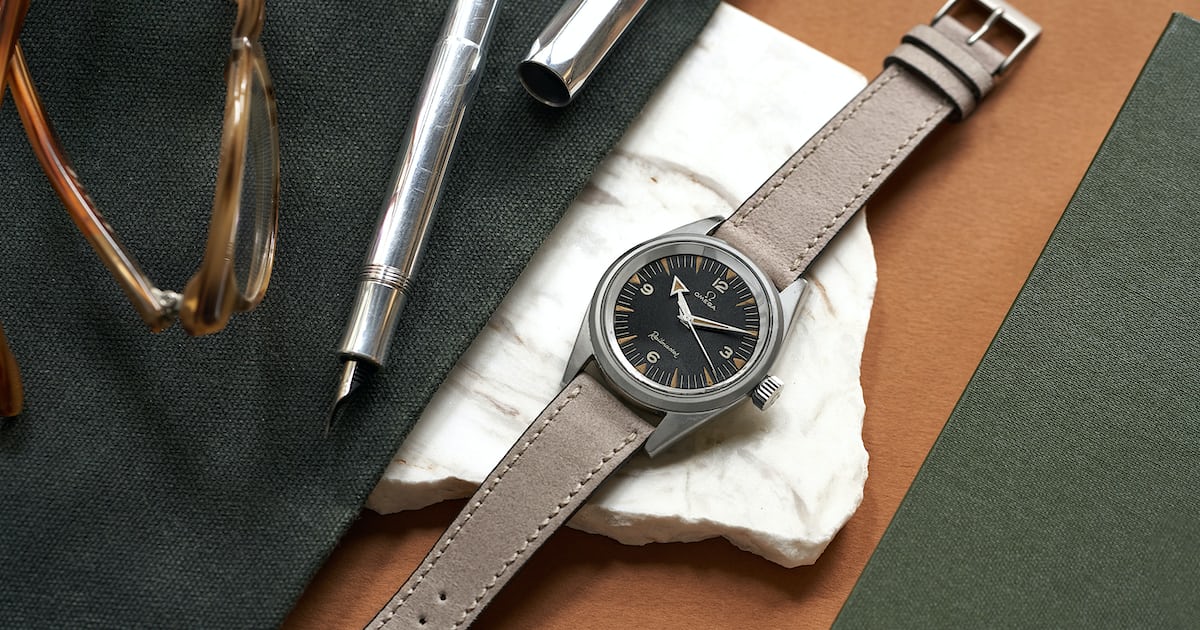 Let’s go back to when this Carrera appeared in Heuer’s catalog, in 1966. The 1960s were the decade when what we reference as the sport-watch category really started taking shape. The popularity of dive watches, chronographs, and rugged “adventure watches” was on the rise as traveling and exploring became more popular. This Carrera represents the simplicity of mid-century design, with functionality and aesthetics combined and executed beautifully. Clean lines and monochromatic colorways were truly about keeping functionality at the forefront. But at the same time, it was just enough sporty, and just enough business, for versatile wear in different environments. Technically speaking, it was also the first chronograph wristwatch with a rotating date disc, which seems completely normal by today’s standards. And I love that the date at nine adds a little bit of an attitude of being unafraid to be a little different. But there is one area where this vintage watch wins me over, and that’s the genuine patina that can only come with time. It offers a warmth that makes you want to pick it up and put it on your wrist. It’s that emotional connection that will always draw me to the original.